John Coltrane may well have died on 17 July – indeed, sadly, he did 52 years ago – but on 17 July 2019 his spirit was evident at Café Oto for a 52nd anniversary commemorative concert featuring the Alan Skidmore Quartet. This event was organised by musician and producer Mark Wastell of Confront Recordings who had invited Alan to play at the previous concert in 2017 which marked fifty years since Coltrane’s death and which subsequently featured as a Confront CD set. 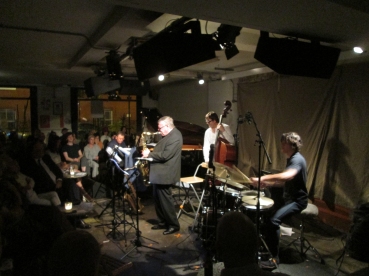 This year it was an all-Coltrane evening spread over three magnificent sets.

In the first of these Alan’s regular quartet featuring Steve Melling on piano, Andrew Cleyndert on double bass and Miles Levin on drums enchanted the audience with a continuous performance of three tracks from the seminal album A Love Supreme. They started with Resolution, segued into Pursuance and brought the first part of the evening to a close with the rarely performed Psalm. The last strains of this died away into one of those moments of enraptured silence before the extended applause broke out. 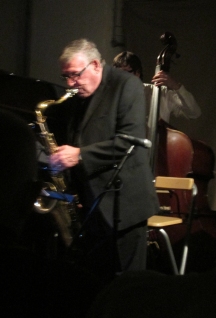 In his introduction Alan had explained that he couldn’t stand up for long periods because of having a leg full of steel rods which resulted from an accident some 40 years ago. So, Alan sat out the second set while the Steve Melling trio were joined by guest tenor saxophonist Ed Jones. Remaining with Coltrane material they treated us to blues and ballads including Mr Day from Coltrane Plays The Blues from 1962, Central Park West from Coltrane’s Sound released in 1964 and Moment’s Notice from the early Blue Trane from 1957.

The final set saw Alan with the quartet playing one of his most popular numbers After the Rain which Alan recorded with a full orchestra on the album with the same name in 1998. Utterly spellbinding in quieter ballad mode, Alan then wrapped up the evening by asking Ed Jones and Howard Cottle (who had featured alongside Alan in Paul Dunmall’s Sun Ship Quartet two years earlier) to join him on the stage. The intensity, inventiveness and variety of these three tenor sax masters on Transition from the epynymous posthumous album. But they did not overshadow Melling, Cleyndert and especially Miles Levin who all made huge contributions to this barnstorming end to a fabulous evening.

If there is an afterlife, JC would have been smiling broadly and applauding this wonderful tribute. 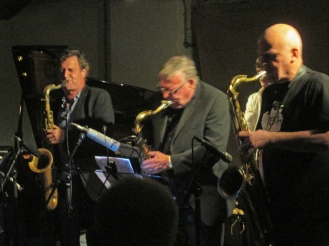 At the Café Oto gig was renowned jazz journalist and reviewer John Fordham. He obviously enjoyed the evening and wrote this for the September issue of Jazzwise  magazine. 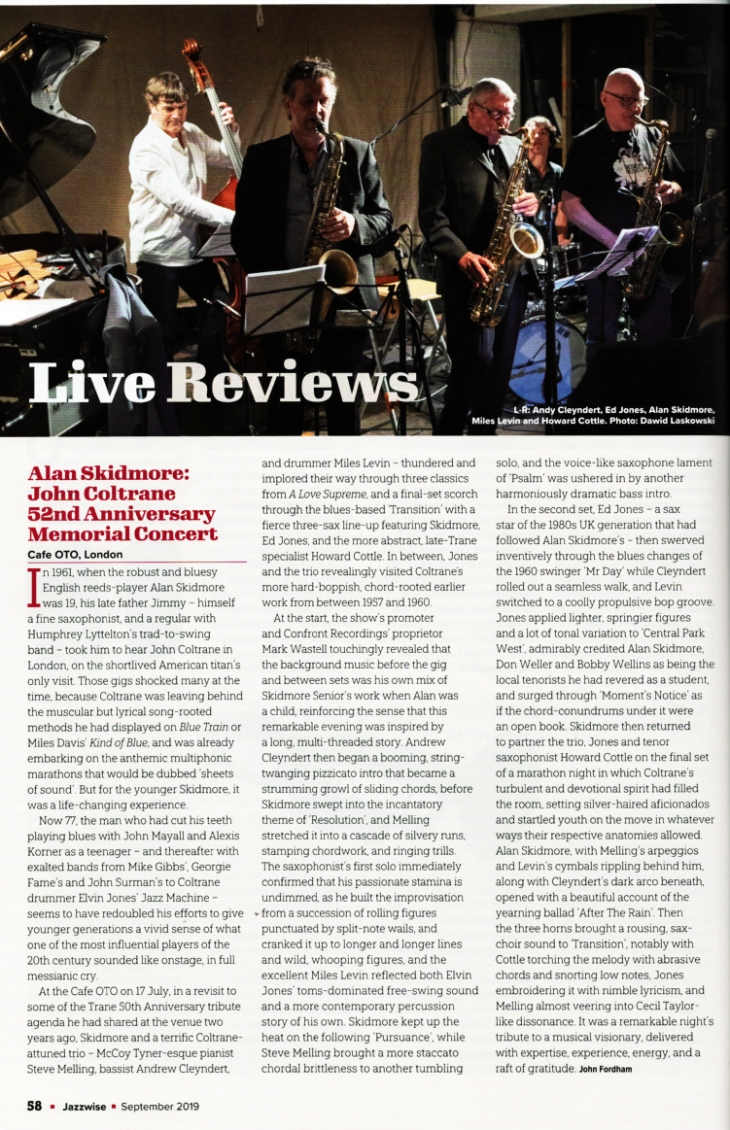 “It’s always nice to play a gig close to home,” said Alan Skidmore, “they are very rare and then like the buses, two come along at once.”

In his sixtieth year in the business, tenor saxophonist Alan Skidmore has travelled far and wide making his unique contribution to modern jazz music – Belgium, Germany, The Netherlands, Aylesbury, Huddersfield, Llandudno, London – and that’s just this year. Then in October he played twice at the Herts Jazz Festival 2018 in Letchworth all of half an hour’s drive from home. They were two gigs that showcased the amazing versatility of the veteran tenorist.

For the first gig he was the guest star with the Paul Dunmall Sun Ship Quartet which showcases the music of one of John Coltrane’s last albums, Sun Ship. This is post-bop jazz with fire and pace and fury from the classic Coltrane quartet in 1965 and it sounds as fresh, vibrant and spiritual today in the hands of these devotees of John Coltrane. 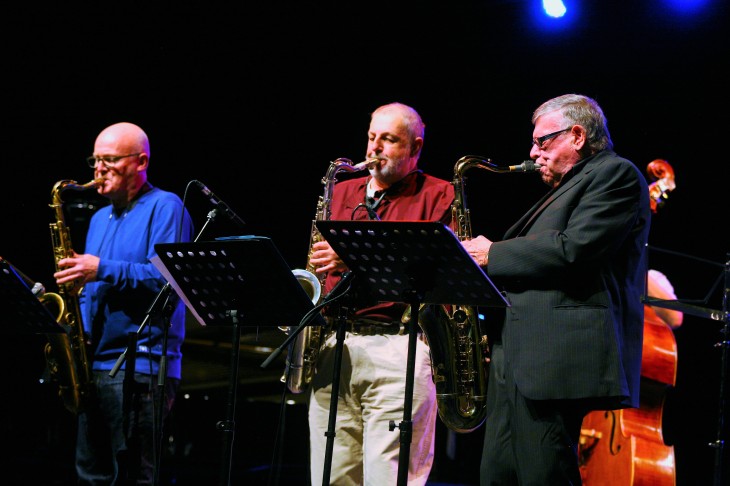 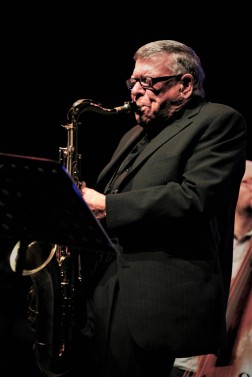 Alan giving it some ‘welly’

“It’s great music and gives you a chance to give it some ‘welly’ on the tenor.”

That welly results in streams of notes that make you wonder how anybody can play that fast or with such inventiveness. Very impressive blowing from all three. The Sun Ship set was broadcast on BBC Radio 3 in the Jazz Now slot on 17 December. You can here it as a podcast here.

Then the closing set of the Festival on Sunday 7 October saw Alan joining the line up with Georgie Fame’s New Blue Flames of which he’s been a member since 1970. Slightly less ‘welly’ is involved in the polished arrangements for the front line that surround Georgie Fame’s bluesy vocals. It is always a festival show-closing hit and Alan’s solos were met with great acclaim by a large and enthusiastic audience.