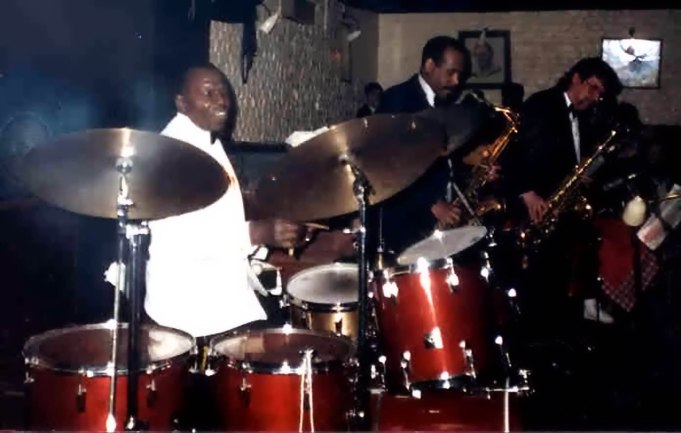 Sonny Rollins left his exhortation to keep blowing to Alan and his dad Jimmy on a menu at Ronnie Scott’s in 1965.

Alan was honoured to share the bill with many of John Coltrane’s regulars in 1987. 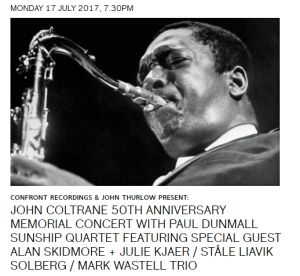 He also played in 2017 at a concert marking 50 years since Coltrane’s passing. 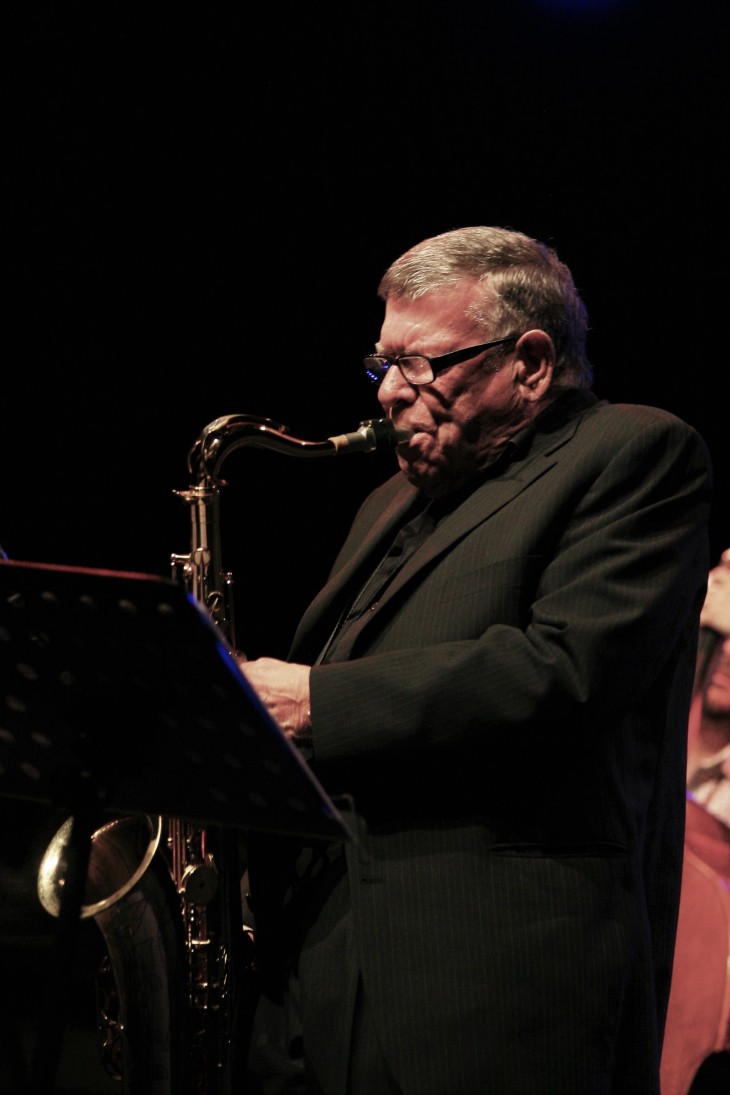 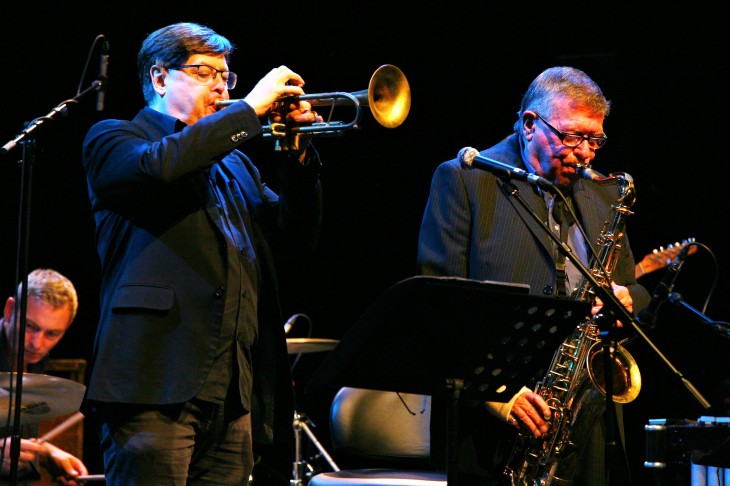 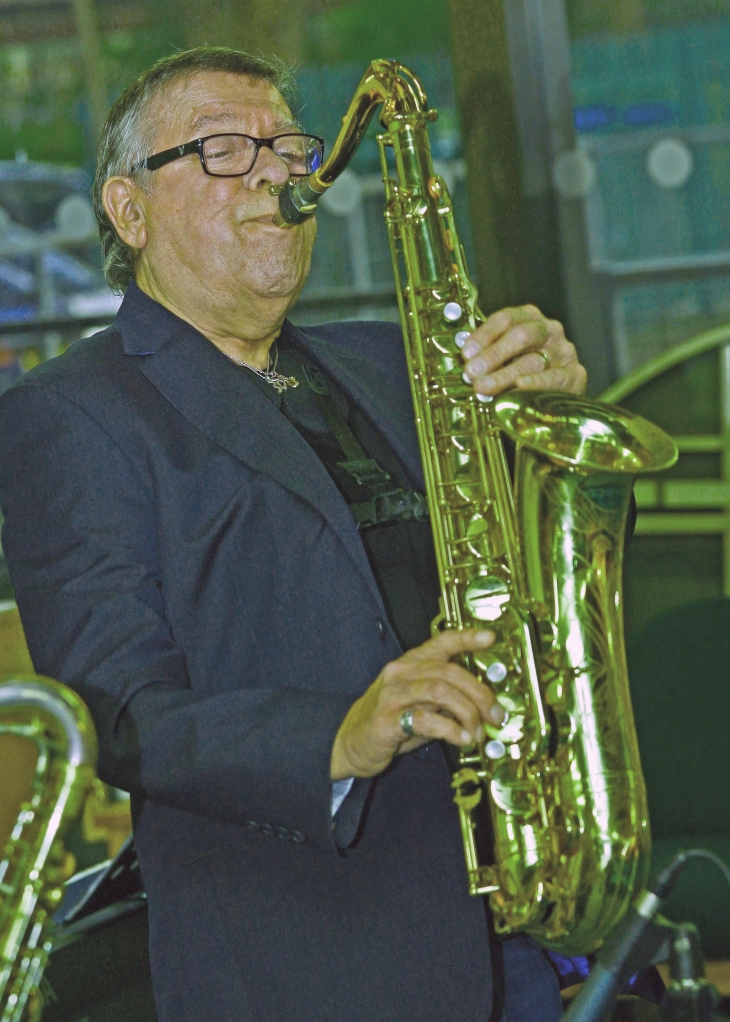 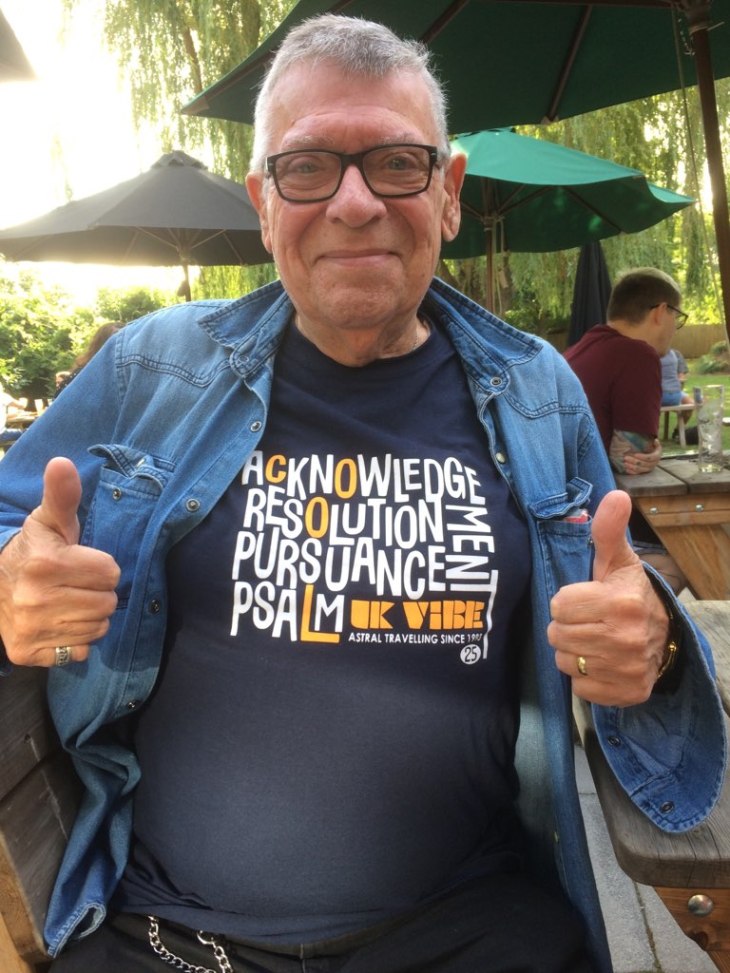 Looking oh so Cool in his special 25th anniversary Love Supreme tee shirt from UK Vibe magazine – should have had it for the Café  Oto gig!